The Architecture and Sustainability and Facility Management programs’ reputations for developing high-caliber graduates has resulted in a nearly 100% placement rate. Your future employers know you have been well prepared for professional life and that you will make valuable contributions to the organizations that are in your future. 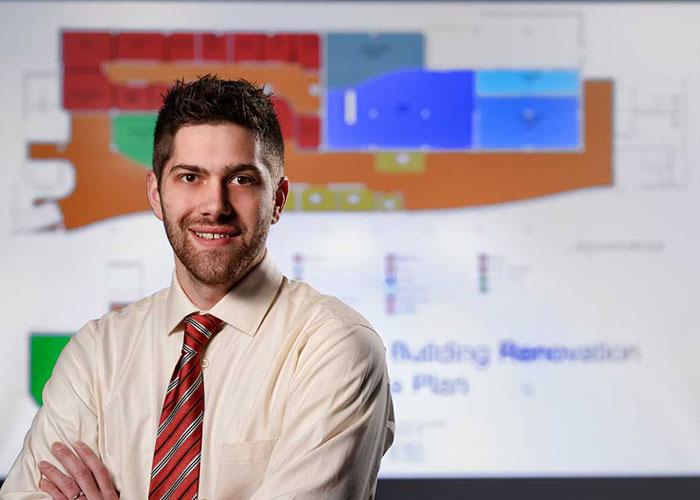 Ben Glerum’s degree in Facility Management is taking him around the world. As a facility manager with the U.S. Department of State, Ben has worked in Luanda, Angola; Washington D.C.; and Chengdu, China.

Ben’s management of consulates in China and Angola cover a range of duties and management of large budgets. Ben’s expertise on the role of technology within facility management has led to his work with the Overseas Building Operations Bureau on advancing technology in the workplace and presenting on innovative technological practices customized to solve issues that arise in managing the State Department’s international facilities.

“The most valuable thing I learned in college was problem solving and critical thinking. These are two things I use on a daily basis and help me evolve in every aspect of my job.”

Ben came to Ferris State’s FM Program from Grand Rapids Community College, where he earned an associate degree in Architectural Technology. “I chose Ferris because of its long-standing relationship with GRCC and its outstanding reputation in facility management theory.”

It could be that Ben’s future in international facility management began at Ferris. He and fellow student Nick Nequist won a student poster competition sponsored by IFMA. Their prize was a free trip to Prague, Czechoslovakia. “That was pretty awesome!”

I chose Ferris because of its long-standing relationship with GRCC and its outstanding reputation in facility management theory.